“Prey in the Cemetery”: a terribleminds flash fiction challenge

Holy moley, has it been a long time! Somebody really should do some dusting in here. I can’t even say I have a good excuse for not keeping up with the blog, except...I’m no good at remembering to keep up the blog. I live on Facebook and talk everyone’s ears off there, so.... *shrug*


I’ve been stupid busy in the last year, both with fiddling about with Isle of Dogs and cranking through the first draft of the new project, which has needed so much research that I haven’t really given much thought to writing any flash, more’s the pity. And there was OryCon’s writers workshop, some Indigo seminars, and two Willamette Writers Conferences, each more mind-blowingly awesome than the last. The short of it is that many people I’m neither related to nor friends with now seem to think that this pirate saga has real marketable potential, and that just makes me all kinds of happy.

But we’re here for some flash, damnit. Chuck Wendig’s latest flash challenge is to collect a randomly-generated title and spit out a story in 1000 words or less. Well, after sifting through a couple of rounds of nonsensical chaff on the generator page, I was given “Prey in the Cemetery”, so here we go. 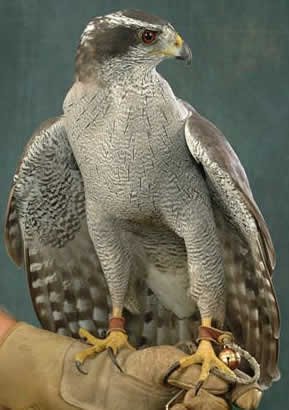 We were a quarter-mile from the truck when from behind me Dani said, “Oh, hell.”
“What?”
“I forgot the quail.”
Cleaver bated hard off the glove and the goshawk’s bells rang discordantly in the cold autumn air. She wanted to fly, to hunt. To kill.
“You won’t need it. I never bring one.”
“Is this really kosher, hawking in a cemetery?”
“It’s legal. There are so many rabbits here I’ve never even been all the way to the back. I’m guaranteed a double before I get halfway in. Been keeping this little honey-hole a secret, so don’t tell anybody.”
We reached the cemetery gate, half-shrouded by the ancient gnarly apple trees crowding us. Even in spring the place seemed gloomy, but on a cool fall afternoon like this it was downright eerie.
Dani stopped, eyeing the crooked old gate. “Creepy.” Cleaver squealed her impatience. “What if someone’s visiting in there?”
“I hunt here all the time and I’ve never seen anyone. It’ll be fine, don’t worry.”
She was one of a few thousand others here for the big national falconry meet. The whole place was full of out-of-state license plates; people lugging dogs, birds, and field gear into hotel rooms and filling every all-night diner for quick pre-dawn breakfast before the morning’s hunt. Most brought falcons to hunt upland game-birds in the wheat fields. Prairie chickens are the holy grail of falconry, they say. But here I see this kid, all young and sweet, with a maniacal red-eyed gos the size of a dinosaur on her fist. She’d never been here and needed someplace with trees for Cleaver to catch some fur. I was only too happy to oblige.
The old cemetery was mostly forgotten, even by the locals. Headstones poked up through its rangy yellow grass. The broken markers hidden underneath were dangerous when you were chasing after a rabbit; I’d caught my ankle on a couple of them, nearly broke my foot once.
Two cottontails busted in front of us almost instantly. We both yelled ‘Ho!’ as Cleaver took off. The rabbits zigged and zagged and even more busted during the chase, but the hawk was savvy: she cut left and lit up the afterburners as one jinked the wrong way. Bells jangling, she piled in on top with her barred grey wings thrown wide. It was all over before we got there. Cleaver was already breaking in as she mantled over the kill, her hackles raised in excitement.
Dani, all smiles, traded her off with a choice tidbit so she could gut the bunny and hide it in her hawking vest. “Wow, you were right! That was quick. Can we try for a double?”
“Sure. But this girl of yours put the fear of God in them more than my redtail ever does. Did you see them all bolt?”
“Yeah, that was crazy! Is there maybe another good place here to roust one? We’re kind of losing daylight.”
“Well….” I looked toward the back of the property, even more grown over than the front where I’d kept the jungle knocked down. “She is a gos. She could handle that stuff. Let’s head back there and see what she’s made of.”
Dani got in front, holding Cleaver to the glove as we slogged through. Pretty soon she was breaking trail and I was following. She had briar-jeans.
“Hey, you dropped this,” I said, picking up a freshly-severed rabbit leg.
“I did? But I.…” Frowning, she hooded the hawk then pulled the rabbit out. “No, I didn’t. See?” Clearly it wasn’t missing any feet. “I just gave her the heart,” she said, and stuffed the carcass back.
We stared at this mangled leg, both wondering the same thing. “What’s wrong with this? Look at it.” It was in bad shape—not like it had been chewed, more like it was rotting from the foot up. But at the hip ball, the meat was fresh.
She tossed it aside and unhooded Cleaver, who shot off in pursuit of something before we even saw what it was. Murphy’s Law states that any chase will lead into the most impenetrable stuff in the field, and that’s exactly where she went. I saw a white cottony flash just as she crashed after it into the briars. While trying to figure out how to get in to help, we heard the rabbit scream. Except it didn’t sound like any rabbit I’d ever heard.
It sounded…angry.
“Did you see what she was chasing before it went in there?” she asked, looking a little freaked out. “There was something really wrong with that bunny.”
“Like what?”
“Like, are you sure these critters are healthy?”
The bells rang from somewhere in there, so Dani wormed her way into brambles so thick that she disappeared. Then she started to curse. “She’s in too deep; I can’t get to her. Damn berries.”
“Need any help?”
“No, I’ll just take this off—holy fuck!”
She plowed out of the thorns like they weren’t even there, ignoring their scratches. She was ghostly pale and staring at the vest where it fell. It was moving. The hawk’s bells had gone silent.
“What the hell?! Are you okay?”
“M-my vest—”
“What? You said you left the quail in the truck.”
“That dead rabbit I put in there…it wiggled.”
I’d watched her clean the thing. I saw her feed its heart to Cleaver. But the ripstop vest writhed and then tore open. A gutted rabbit carcass crawled out and tottered drunkenly into the brush, making ugly sounds that a dead rabbit shouldn’t make.
Before we could make sense of that, we heard the bells. Cleaver laddered up out of the brambles, her beak as wet and red and evil as her eyes. She launched straight for Dani’s face with a scream that didn’t sound like any goshawk I’d ever heard.
Then Dani’s scream didn’t sound right, either.
God help me, I ran for the truck, hearing hawk bells gaining on me.